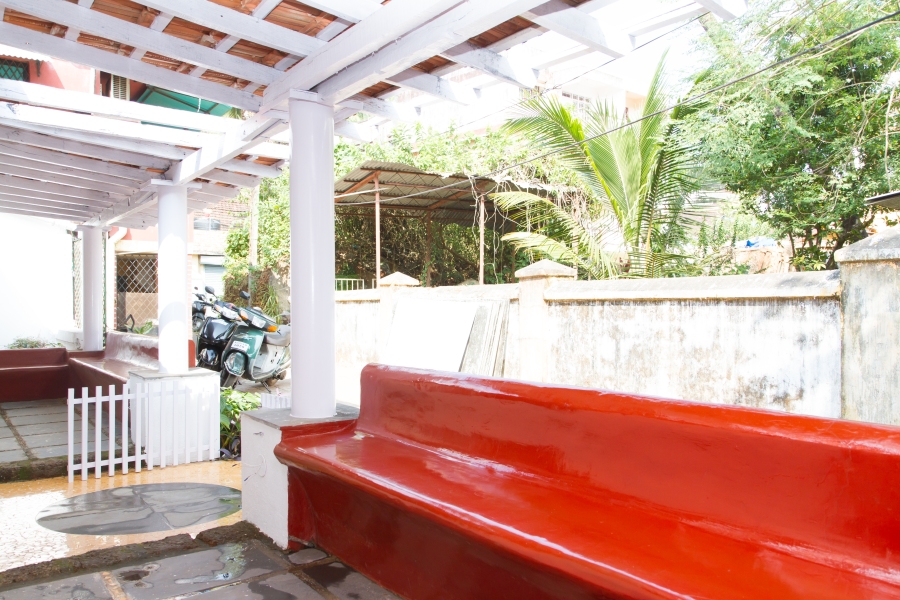 The “Balcao” is a symbol of the neo-Christians outward looking approach and shows the Portuguese architectural influence on Goan culture. The earlier Goans had an inward looking approach to their house architecture and so built a central courtyard called “Rajangan” bordered by a veranda called the “Chowk”. The Portuguese however believed in a more open approach and hence their buildings had an outward approach as seen in the creation and use of the balcao.

Celebrating Portugueses Day on June 10th, the Consul had an exhibition of art works celebrating the socio cultural and religio-political  aspects of the Portuguese culture. Without looking into the debatable aspect of “ïnward” and “outward” looking cultures,the artists explored different themes like the famous Portuguese spice trade, their female emancipation and the regality and aura of their Viceroys.

We have followed this Portuguese outward concept in my Mitaroy Goa Hotel (a 400 year old heritage Portuguese building) where the welcoming balcao makes one relax surrounded by other sights and sounds of the neighbourhood of Fontainhas, with its unique Latin flair.

Thorsten is India's Nr. 1 Elearning App for the Hospitality Industry! View all posts by Thorsten

What do you think ? Cancel reply

This site uses Akismet to reduce spam. Learn how your comment data is processed.